Hassle free returns
If you're not totally happy 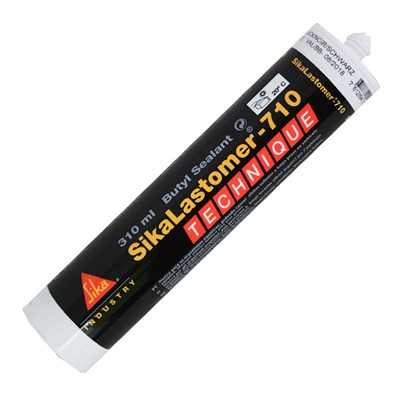 SikaLastomer - 714 is a pasty, thixotropic, butyl-based, solvent-containing sealant. The evaporation of the solvents causes it to cure. The product is used for elastic sealing in numerous industrial applications. This sealant is particularly useful on assemblies which will later be taken apart.

SikaLastomer - 714 is used to seal and create elastic joints which can later be removed in such areas as the manufacture and maintenance of buses, caravans, campers, automobiles and in other similar industrial applications. SikaLastomer - 714 adheres to most substrates without surface preparation and is easy to tool.